“Goyim” as we know, is the jewish slang word for people who have readily accepted Islam and Christianity. These are two jewish programs, that pose as ‘religions’ but are indeed programs for slaves, or “Goyim”, which also means “Spiritually unaware animals”.

Goyim, in contrast to “Gentile”, which means, Pagan Non-Jew basically, means that one has accepted the jewish programs and therefore the jewish created identity for Gentiles. Ie, that of an nonspiritual, animal, filth, slave of the jews.

Many people have no idea where they are heading with their decision to be unspiritual and go against their creator Gods, the Pagan Gods. Which to us it’s known, this doesn’t deal with “Religion”, but actually ET beings. The enemy knows the same about their side, all of it.

Of course, this is understood in a religious sense. This is however, far from a simply ‘religious’ matter. This literally deals with metaphysical science. Which is sadly is known to like, few of us here, but all the jews in the spiritual department know about these things.

I have wrote extensively on what happens if someone is a meditating, Spiritual Satanist. Their life and existence is preserved, they reincarnate, and the Gods seek them again in the next life to meditate and continue on their spiritual journey, until they attain the state of immortality, where there is no need to die anymore.

Before this continues I have to point out that of course, anything, ‘can’ happen. The enemy doesn’t have complete power, but for the souls that are under their control, things are quite grim. For people who have never been into their system, they follow the normal and natural reincarnation process most of the time. The Gods also play a large part, as in Ancient times, in protecting humanity.

Those who completely renounce them (Renouncing means they push them away from their existence in conscious repelling) cannot be helped, simply because, they force them out of their existence. However still, the enemy wants human souls to come completely ‘under their control’ sort of. This is why they tell them to renounce their own Gods, never be spiritual, the list goes.

A lot of people who are in bed with the enemy, dabble, and do other stupid things like drugs, many times by accident, they get a taste of what ‘expects’ them at death. Of course, given their soul is just trash and has never been worked, it is extremely atrophied. As with anything that is atrophied, there are problems, the highest problem, complete malfunction.

Drugs not only destroy the sense of ego, but they also obliterate the willpower, and the sense of individual will. In short, they ruin your individuality.

One example is how people do DMT, and they see greys and reptilians, and other scary, pointless shit. It’s totally pointless to do drugs. In their stupid attempts to open things with their stupid bio-hacking, sometimes they see realities they are not ready to comprehend, and are largely infested with the lack of health of their own mind. Between the lines, this also attracts first and foremost the enemy alien entities, who find this ego-dissolving human as a good target for whatever.

This sometimes creates full-blown psychosis. Users of Salvia Divinorum mentioned repeatedly they have seen an entity, that is large, looks at them all the time, and is called a “Watcher”. This thing “WATCHES” them all the time, and it looks like a face. It fills them with dread, fear and terror. Many people can imagine from their own experiences, what this “FACE” could be. 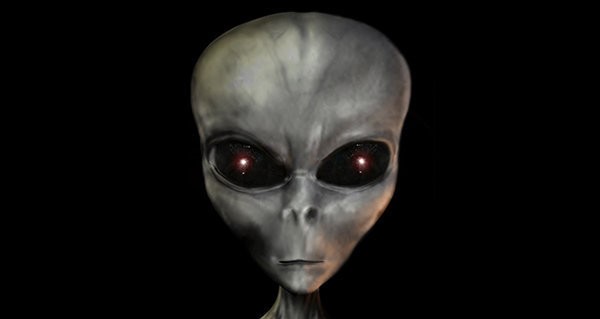 Having read a book by a Rabbi on the subject, they know really well about the Cube, or the Astral Soul Harvesting that takes place, that of the Soul of “Goyim”, or spiritually unaware animals. Since these beings never used their soul, or never had spiritual experiences, death comes to them by surprise. I’d rather not share the book, because if it ‘disappears’ by coincidence, I wouldn’t be shocked.

So for nonspiritual people…Suddenly, they die, they leave their body, and they start seeing a very strong, pulling light. Many people have related about this in their experiences. Sometimes, they can also see a cube, or at other times, greys.

This Rabbi in his writings does admit, that humans are very afraid of the light and the cube, so as a result, they resist the pulling of the cube, and therefore, they remain alive, trapped into the earth zone. The Rabbi continues, that when these humans resist this, the “Watches” (the enemy angels and ET’s in the Astral) become “Angry” and “Furious” that their subjects did not come “Where they were EXPECTED to be”, namely, at the cube or (((“The light”))).

The souls of the ‘goyim’ do get harvested for their energy into a giant astral battery. In there, they simply cease existing, having all their life drained out of them, forever. In order for this to happen, they have to be in alliance to the enemy, their JHVH, and to be spiritually blind. An adept and people who are spiritual, can understand and escape this danger. The Gods take all Satanic Souls that have dedicated, to a place of safety after death. Nothing can touch them or harm them.

The Rabbi also admits, that the “Demons of Hell” do take these Souls and protect them from this assimilation, something that “HEAVEN” is not happy about at all. As we know, there is no heaven and all that bullshit. It’s our Gods, the Nordic and other races of friendly aliens who want us to live and thrive, and its the enemy, who wants us to perish. According to the Rabbi, the souls mainly resist because they have an ‘ego’ and because they don’t want to be assimilated in the way that “God” dictates.

Therefore the “Borg” or the mass-alien astral hive mind, dispatches greys and other worthless entities, to “hunt down the Soul” and forcibly bring it into the cube or borg. Then, the soul is eventually tortured, or destroyed, or assimilated: nobody knows quite what happens. The Rabbi himself is filled with intense fear about his own ‘friendly’ (((angels))). As we all know, when Crowley painted “JHVH”, he painted a grey alien.

Of course, the Rabbi continues, since “Heaven” (The Borg of the enemy) becomes extremely angry at people who refuse this. To refuse this, is to thankfully, reincarnate, and continue existing. If one is powerless or stupid, they become assimilated. The Rabbi complains that the aliens cannot really harvest ALL of the Souls, and therefore, some reincarnate by accident, or because of the “Dark Forces”, instead of just dying, or remaining pointlessly alive in the astral.

If you pay attention around the world, compared to Ancient times, now the enemy breeds people like cockroaches, and at the same time, wants to cause a Nuclear War. War is something the enemy thrives about. Israel isn’t a warmongering nation for nothing. This is because, of all these dead people, their massively dying Souls will make a perfect re-charging of the already collapsing existing ‘cube’. The “Torah” is based on the Cube, or the “Master Program” as the Rabbis state. They are in full awareness that the planet is under alien occupation, aside everything else.

Therefore, not only there is no afterlife for the dumb Goyim, and they are trapped and destroyed by their own spiritual ignorance, but there are other forces at work that will punish, destroy, enslave them, or who knows what.

As in their whole life they are misguided, lied to, deceived, and plundered of their life, their energy, and their labor, so unto death, they are smuggled and destroyed, squashed like ants.

So the next time you see xians and other ‘intelligent’, empty, torah-infested robots. Don’t feel sorry about them. Just let them rot. In this reality, everyone goes where they choose. Also, the excuse that “They didn’t know” or they “Didn’t have the time”, doesn’t work in the afterlife. Then, it is too late. There is one major rule in this world, you reap, what you sow. These dumb-asses will reap exactly what they have sowed.

The Egyptians and all Pagan cultures, wrote in stone, kept shouting it, kept warning humanity, in monuments, writings, stones, everywhere. We do the same today. Those who do not heed the warnings and are too lazy to devote even 15 or 30 minutes a day to save their existence from perishing, let them perish.

With even the almost irrelevant 15 minutes of meditation a day, this could have been avoided. Like one feeds their body so that it lives, one meditates so that their Soul will live. It’s that simple. Those who choose to have optimal nutrition, work out the body (Soul metaphorically), and make the finest out of it, will become beings of power. Those who just eat for a bit, they will live and exist at least, and not experience the decaying death for example.

This is where the slaves of the enemy go after death. Rich or poor, slaves or high ranking, after they have their petty life here, satisfied, they go straight to that. For assimilation and recycling. That’s the pointlessness of existing like an xian, or muslim. Not only you do not exist in a meaningful way while alive, but you literally guarantee you will stop existing forever.

For more information see Death, the Afterlife and Hell